Bali is known for its rich heritage, with more than 20,000 ancient temples spread out across the island. A Balinese temple unlike any other is the Beratan Lake Temple, or referred to by locals as Pura Ulun Danu Bratan.

This Hindu temple lies in the middle of a lake 1,300 metres above sea level. Its unique location, set against a mountainous backdrop, attracts nature lovers, photo enthusiasts and culture buffs even during low-peak seasons. A fog that rolls in regularly at noon adds to the mystic charm of Beratan Lake Temple. Foreigners who wish to enter the temple grounds must pay an entrance fee of 50,000 Rp. Drivers must pay 5,000 Rp for car parking while riders pay 2,000 Rp for motorcycle parking.

Fun fact: Check out your 50,000 Rp note and you might be surprised to find Beratan Lake Temple on your money! The opening hours of the temple is from 8am to 6pm. The best time to visit the temple and its surrounding areas is between 9am to 11 am. This means you’ll avoid the fog and enjoy a clearer view of the lake and temple in its full glory. Rain also tends to occur in the afternoon so remember to keep clear of that! Once you clear the entrance, you’ll enter a beautiful garden. Take some time to enjoy the fresh air and explore the area. A tour of the grounds takes you to a children’s play area and boating facilities at the lake. You can even rent fishing gear to fish at the lake. If you’re feeling hungry, there are restaurants available within the complex to get your fill.

The Perama shuttle bus runs a daily service to Bedugul, with the drop off and pick up point next to Candikuning market. Pura Ulun Danu Bratan Temple is a walkable distance from the bus station. A one-way ticket costs 75,000 Rp. The shuttle bus departs from Kuta at 10am, Sanur at 10.30am, Ubud at 11.30am and Lovina at 9.30am. The return trip from Bedugul to Kuta, Sanur and Ubud departs at 10am and to Lovina at 1pm.

Other ways to get there is by using a car rental service with a driver—it’s a 2.5 hour drive from Seminyak and 1.5 hours from Ubud. If you’re comfortable with the roads, which gets busy during the weekends, a rented bike is the way to go. 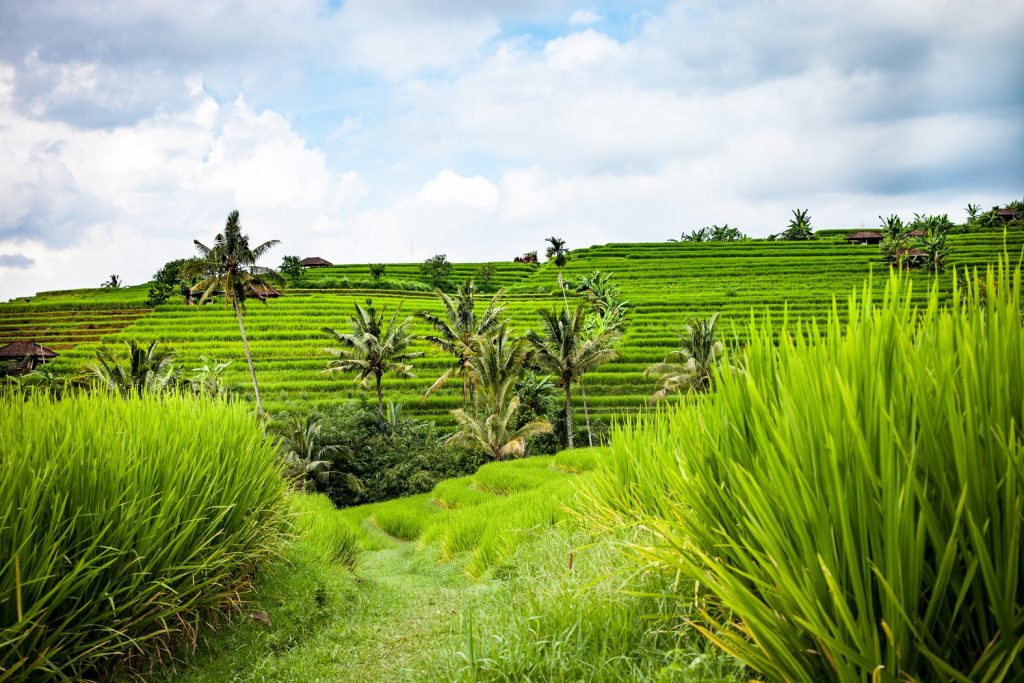